Cutcher was also joined by Dan Scheid, the CFO of Zeigler Auto Group and current President of Navigator Casualty, Ltd.

Listen to the recording below to hear the full episode.

Quotes of Note from GCP #50

On the Value Proposition of Group Captives

In a conversation on the value proposition of group captives, Foley cited a study conducted by an independent actuary on the performance of group captive members. The study found that members outperformed industry benchmarks regarding lost-time claims, total workers' compensation claims, and fatalities.

"What [the study] really found was we get great firms to join, and then they become even better," said Foley.

On the Hard Insurance Market

"The fact that prices are moving up fairly consistently over fairly extended periods of time on certain lines of business certainly shows that [there] are some underlying issues that the industry is trying to sort out," Foley said.

For an example of a hardening market, Foley pointed to auto coverage. As cars become more expensive and include more technology, claims costs are naturally going to go up — something carriers didn't necessarily expect.

"There are emerging risks that weren't appropriately included in the underlying models, and there's also a higher overall settlement than people expected," said Foley.

On Group Captives in a Hard Market

Cutcher asked Foley about whether group captives insulate companies from a hard market.

“I would say there’s clearly an insulating nature to captives,” said Foley. “There’s a fundamental difference in how group captives set price vs. how the traditional market prices. It’s part of what makes the value proposition so compelling for the right companies with the right mindsets.”

On the Types of Companies that Join Group Captives

Foley spent some time explaining the psychographics of the types of companies and people who join group captives.

“The people who join group captives are really a unique set of people on two dimensions,” said Foley. “They have a different mindset and behavior, and they have a really strong historical loss [record].”

Listen to Episode #50 on the Global Captive Podcast website.

More from the Global Captive Podcast 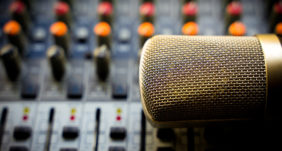 Blog
Global Captive Podcast #32 Recap: The Benefits of Joining a Group Captive
We use cookies to ensure that we give you the best experience on our website. If you continue to use this site we will assume that you are happy with it.OkPrivacy policy