What the Tenerife Disaster Can Teach Us About Human Performance

By Sean Flavin October 05th, 2020
Home > Insights > Blog > What the Tenerife Disaster Can Teach Us About Human Performance
Back

In 1977, Captain Jacob Van Zanten was at the top of his game. He was the top 747 instructor pilot for KLM with a celebrity-like status at the airline. Van Zanten had nearly 12,000 total flight hours, with more than 1,500 hours in the cockpit of a 747. However, all of that experience and notoriety were not enough to stop the disaster at Tenerife-North Airport on Sunday, March 27th, 1977.

That day, Van Zanten was at the helm of a KLM Boeing 747 when it slammed into the side of a Pan Am 747, killing nearly 600 passengers and crew members. Almost half a century later, the Tenerife disaster remains the deadliest aviation accident in terms of airliner passenger fatalities.

“How does this happen? How do highly trained, highly skilled, highly competent people make a series of judgment calls that results in the deaths of 583 people?”

That was the question posed by Yarko “J.J.” Sos, founder and Director of Check-6. Sos is a former fighter pilot and the former director of the Navy’s elite TOPGUN school. Sos recently joined our weekly Risk Control Webinar series to break down the tragic collision and explain how we can apply the lessons from this accident to increase safety in various work environments. Below is a recap of his presentation.

The crash at Tenerife Airport wasn’t the result of a single mistake. Instead, the tragic collision was the culmination of a chain of events. These events, recapped below, included both fluke occurrences and egregious human errors.

Neither flight was supposed to be at Tenerife that day. The KLM and Pan Am flights were supposed to land at Las Palmas Airport on nearby Gran Canaria in the Canary Islands, which temporarily closed earlier in the day due to a terrorist attack. Several flights, including the KLM and Pan Am flights, were diverted to the much smaller Tenerife-North Airport on nearby Los Rodeos.

Tenerife, which ran with a lighter staff on Sundays, wasn’t accustomed to heavy traffic on its best days. Now, when the situation called for optimal performance, the airport was overwhelmed and understaffed.

A Race Against the Clock

Captain Van Zanten and his team faced a unique challenge that day: A running clock. As a Dutch flight crew, there were regulations on how long his team could work. The unscheduled layover put them at risk of having to spend the night on the islands.

To save time, Van Zanten put in a last-minute request to refuel at Tenerife. This way, the KLM flight could fly to the nearby island once Las Palmas reopened, unload the passengers and quickly take off for the Netherlands without going over the allotted flight time.

During the roughly two hours it took the overstretched Tenerife crew to refuel the KLM flight, two significant things happened:

Once refueled, the plan was to have the KLM crew lead the Pan Am crew on a complex, coordinated maneuver. The KLM flight would back-taxi down the runway, turn 180 degrees and hold for takeoff. The Pan Am 747 would follow the KLM flight until they reached the third exit on the runway where they’d turn off to clear the path.

Things did not go according to plan.

Van Zanten gets the KLM 747 into position and, in his rush to beat the clock, unexpectedly hits the thrusters like he’s about to take off. His first officer realizes what’s happening and quickly tells Van Zanten they don’t have clearance. The anxious captain throttles back while the first officer radios the tower. The tower crew responds with ATC route clearance but does not give the KLM flight the green light for takeoff.

Simultaneously, the dense fog causes the Pan Am crew to miss the third exit, forcing them to head to the next exit. The Pan Am crew promptly radios the tower to inform them of the slight change in plans.

What’s important to understand here is that control towers and airline pilots use a radio system similar to a walkie-talkie where only one party can talk at a time. With both crews contacting the tower simultaneously, the messages overlap. Somehow, Van Zanten apparently hears what he believes is clearance and says over the radio: “we go” and hits the thrusters.

“We are at takeoff, we are at takeoff,” First Officer Klaas Meurs gasps into the radio. Meurs seems taken aback by the unsanctioned takeoff but does little to stop Van Zanten.

It’s not long before the Pan Am crew sees the KLM 747 barreling down the runway at them. In a desperate attempt to get out of the way, the Pan Am pilot does everything he can to coax the 400,000-pound plane hard left into the safety of a grass field next to the runway.

Van Zanten sees the Pan Am flight through the fog and realizes he was very much not clear for takeoff. He pulls back hard, trying to get the KLM flight airborne and over the Pan Am craft.

It’s too late. The bottom of the KLM craft hits the top of the Pan Am plane. Some of the flight crew — including the pilot, first officer and flight engineer — and passengers in the front of the Pan Am aircraft escape the blaze. No one on the KLM flight makes it. All told, the collision claims 583 lives.

What the Tragedy Can Teach Us About Human Performance

That day, KLM learned a principle of human performance the hard way: Humans are fallible and even people that you consider top employees, like Captain Van Zanten, make mistakes. In the aftermath of the tragedy, KLM and the aviation industry realized that they needed to make serious changes to their culture and priorities. There were industry-wide (and cross-industry) studies on human performance and team culture, which led to significant changes to the way airlines operate.

While some of those hard-learned lessons are specific to aviation, Sos identified several takeaways that any company can use.

While Van Zanten’s cavalier actions that day deserve a fair share of the blame, the culture and team dynamic in that cockpit are also worthy of scrutiny. The first officer knew the plane wasn’t cleared for takeoff but did not react quickly or forcefully enough to stop Van Zanten.

“In the 1970s, the captain of an airliner was like a god,” Sos explained. “It was a legacy culture from the shipping industry where the captain had all the authority and made all the decisions.”

The Lesson: Foster a “Just Culture” where employees feel empowered to express their opinions to leaders without fear of repercussions openly.

The Importance of Standardizing Processes

There were checklists and policies in place at Tenerife, but the aviation industry wasn’t as buttoned-up as it is today. In the aftermath of the crash, the airline industry worked hard to formalize these processes.

“Today, there are about 120 switches in the cockpit of a 737 that you need to throw before takeoff,” said Sos. “About 25 of them are on the checklist. Those 25 are the critical ones that you can’t miss.”

The Lesson: Formalize and document necessary procedures to make sure everyone knows what they’re supposed to do and make it easier to identify when someone deviates from the standard process.

A careful examination of a workplace accident can be a great way to understand what when wrong and identify how to make sure it doesn’t happen again. But, according to Sos, it’s crucial to build a workplace culture that analyzes performance every day and examines both accidents and successful executions.

The Lesson: There’s a lot more value in focusing on learning from mistakes than assigning blame. Never stop analyzing performance to find ways to improve your systems, procedures and culture.

This presentation was part of CRI’s Risk Control Webinar Series – weekly installments of webinars to educate the group captive members we work with on topics like workplace safety, organizational leadership and company performance. The thoughts and opinions expressed in these webinars are those of the presenters and do not necessarily reflect CRI’s positions on any of the above topics. 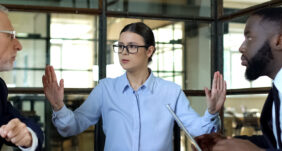 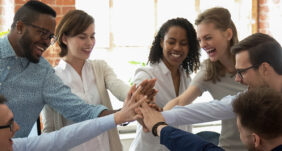 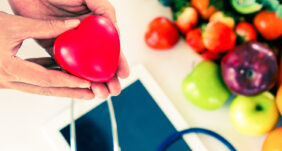