The leading domicile for group captives.

The group captives that work with Captive Resources (CRI), as well as our sister company Kensington Management Group (KMG), are all domiciled in the Cayman Islands. For decades, Cayman has been the preferred domicile for group captives, and for good reason. Cayman is backed by a stable political environment, boasts a broad network of excellent professional support services, and operates under careful government supervision.

Cayman’s proven commitment to the captive insurance industry has made the islands the second largest captive insurance domicile in the world. Cayman is also the leading jurisdiction for healthcare captives, with 45 percent of its captives falling into this classification. But Cayman is also home to a diverse array of captives that span a variety of coverage lines with owners from an array of industries.

Cayman's continued success as a leading captive domicile is due, in large part, to a sound business-focused regulatory regime backed by a unique partnership between the Cayman Islands Government and the Insurance Managers Association of Cayman (IMAC). Together, the two entities work to promote, maintain, and protect Cayman's reputation as the domicile of choice for captive insurance.

What Makes Cayman a Great Domicile for Group Captives? 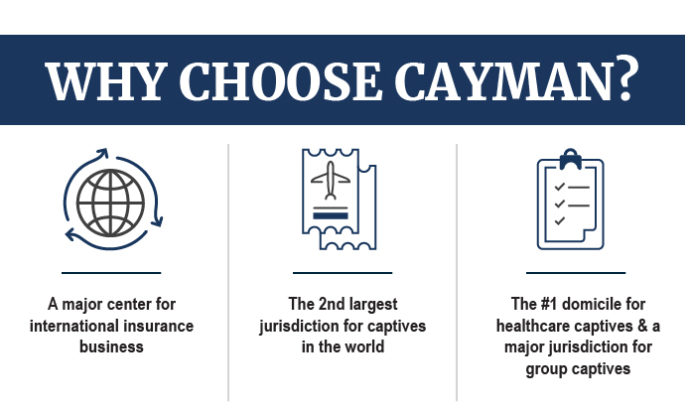 Check out our infographic for more detail on why Cayman is a great place to domicile group captives.
Download Infographic