[Video]: How to Take Control of Your Company’s Health Care Costs

By Sean Flavin February 08th, 2022
Home > Insights > Blog > [Video]: How to Take Control of Your Company’s Health Care Costs
Back

Over the last two decades, health care costs have soared for companies of all sizes. Mid-size employers, for example, have seen costs triple since the turn of the century. Luckily, the evolution of medical stop loss group captives in recent years has afforded middle-market companies to regain some degree of control over these soaring costs.

If your company is tired of seeing health insurance premiums skyrocket at renewal each year, our latest video is a must-watch. The video features a deep dive into medical stop loss group captives, including:

If you’re in charge of your company’s health insurance plan, you know how difficult it is to provide affordable, high-quality health benefits for your employees. And things aren’t getting any easier as employer health care expenses continue to increase drastically.

Traditionally, this has left employers like you with two options for controlling the costs of health insurance programs:

You can scale back on the coverage you offer, or you can increase the amount your company or your employees pay. Neither option is great for anyone involved.

And, when it comes to selecting the right health benefits program for your employees, there's a lot more to consider than just costs. Employees rank health insurance as their most important benefit when making a job decision, making it a vital component for attracting and retaining top talent.

This leaves companies in a tough spot. Especially companies enrolled in traditional, fully funded plans with few recourses available to control costs. But that’s not to say companies don’t have any options.

For years, larger companies have turned to self-funded plans to take charge of their health insurance programs. But small and mid-sized companies have been slow to adopt the model.

Medical stop loss group captives present a way to accelerate that – namely, the opportunity for several small and mid-sized companies to pool their collective buying power, allowing them to achieve the benefits of a self-funded program as a group.

So, what is a Medical Stop Loss Group Captive?

To answer that question, let’s start by defining the term “group captive.” A group captive is an insurance company that provides insurance to and is controlled by its owners.

The key word here is CONTROL. Instead of buying a policy from a carrier, group captive members take control of their programs by becoming owners of their own insurance company.

The group captive model allows companies to leverage the benefits of a self-funded health plan using a captive insurance overlay. Which results in the captive advantage.

We can better see how that captive overlay works when we look at a relative risk breakdown between fully funded plans, self-funded plans, and medical stop loss group captives.

In a fully funded plan, employers transfer all risks after the employee deductible and co-insurance to an insurance carrier.

In a medical stop loss group captive, member companies retain risk above the employee deductible and co-insurance layer, similar to a self-funded plan. And, like self-funded plans, companies in a group captive transfer the most expensive risk to an excess loss insurance carrier. The gap you see here is where the captive overlay comes into play. Essentially, the captive provides an additional layer between the specific deductible and the excess loss insurance layer where risk is shared with other members of the group captive.

To give you a better idea of how this all works, let’s take a deep dive into the general structure of a medical stop loss group captive using a hypothetical company – Omega – as an example.

First, there's the specific deductible later where members retain their Aggregate risk. The captive brings innovative and flexible cost containment strategies to its members to help control dollars in this layer

On the Specific Stop Loss axis — which deals with larger claims — members retain losses up to a Specific Deductible, which each company sets for themselves.

Then, on the Aggregate Stop Loss axis — which deals with smaller claims — members retain the risk up to 120 percent of their expected losses in a given year.

We call this limit the Aggregate Attachment Point.

The next layer is the captive retention layer, where risk is shared with other companies in the group captive.

Zooming in a bit, the captive retention layer is made up of three funding mechanisms.

First, there’s the Member Loss Fund which is populated by the total stop loss premium that Omega pays, minus operating costs.

Next is the Member Assessment. Should Omega deplete its loss funds, the company would incur an assessment up to a known percentage of their Member Loss Fund.

With the Captive Risk Sharing mechanism, captive members that have not reached their maximum, step in to cover the remaining claim costs up to the captive retention that Omega was unable to cover because it had depleted its loss fund and reached its maximum assessment.

Above the captive retention is the Excess Loss Insurance layer. In this layer, group captive members transfer excess risk to a stop-loss carrier.

On the specific stop loss axis, excess loss insurance is unlimited to protect members from the most catastrophic losses.

Combined with the captive retention, this means Omega has one million dollars in protection above its aggregate attachment point.

The result is protection from both *specific and *aggregate losses.

What this all boils down to is that it allows your company to transition from being a passive buyer of insurance into an active owner of your own insurance company.

And here’s where the captive advantage lies. Joining a medical stop loss group captive enables your company to take control of your insurance programs and your total health care costs thanks to key components like:

If this sounds good to you, contact Captive Resources today to learn how a medical stop loss group captive could help your company take control of your health benefits program. 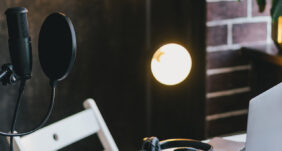 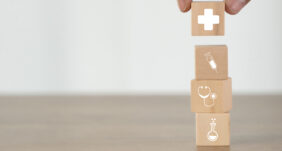